After my Y6-Copter with APM, I also want to see telemetry data of the Phantom 1, which isn’t capable on its own to transmit any data.

The original PPM receiver (Single antenna) got swapped by a FrSky XRS, which is amazingly small and has PPM, S.Bus and S.Port.

The translation between Naza-GPS and S.Port is done by an arduino nano which is connected to FrSky-S.Bus on Pin9 and to GPS Tx on Rx (also power from the receiver cable).
I used the software by Alezz in this thread but had to make some changes to get it running. My changed version is online at GitHub.

Here are some Pictures of the harness with the arduino and the Installation in the Phantom 1.

I didn’t want to cut the GPS connector, so I just pushed a jumper wire in the connector.
That was initially just for testing but made such a solid connection that this will stay in there.

I still have some trouble with the GPS coordinates, sometimes just the Longitude will be transmitted and Latitude is just 000 but this will be updated as soon as I get further.
Also I’m a little confused about the “Alt” “Galt” and the “Alt” on the GPS screen. They all differ, but I will observe that during flight and remove the ones I won’t need from the arduino code.

After the Telemetry mod of the Turnigy 9x, the air-side has to be able to communicate, too.

Because the APM is not able to speak the FrSky-Protocol itself, a converter is needed to translate the data. There are several projects out there, mostly using a teensy. I decided to use rotcehdnih’s version, which is also cabable of running on an arduino nano or micro.

This is quite simple, just burn that softwre to an arduino (I’m going with an arduino pro micro), connect RX to the TX of the telemetry port and pin 9 to the S.Port of the FrSky receiver. Then just add some power (from the APM Telemetry port for example) and there you go!

today I modded my Turnigy 9x to be able to receive Telemetry date via the FrSky XJT module.
There are many Telemetry mods for the 9x out there but most of them for the DJT or DHT module which use a serial connection on the ground side. The XJT also has a S.Port wich is already connected to the internal 5-pin connector. This makes any modification to the module unnecessary.

Like on the serial mod, you have to free up the UART pins on the 9x processor which are used by the two lower rear switches. In the images you can see that I did already connect the ISP Pins for flashing new Firmware to the 9x. Then I cut the traces for the most left resistors and connected them to the unused pins 41 and 42.
The two freed pins (RX) and (TX) are again getting connected to the ISP pin. Pin 2 will also be our S.Port pin.

Important Note: Don’t do the mod like I did. Just desolder the two resistors and replace them with wired 120Ω one. So you don’t have to cut any traces and this makes soldering a lot easier.

Now we need to create a little circuit for inverting the S.Port signal (not quite sure if this is necessary, but it worked for me!):

Now the inverter PCB hast to be connected to the processor. Signal to MOSI, power to 5V and GND to GND:

I also wrapped the PCB in duct tape to insulate it.

That’s the hardware side.

I used the er9x Firmware in the FrSky version wich uses the changed switch pins and enables telemetry. You can download the firmware and the flashing utility from the er9x webside. Remember to save / write down your settings before flashing.
To get the 9x to listen to S.Port instead of RX/TX, you have to set the protocol to PXX. Now you should already be able to see the RSSI values.

REMEMBER to rebind the receiver if you switched from another protocol to PPX. 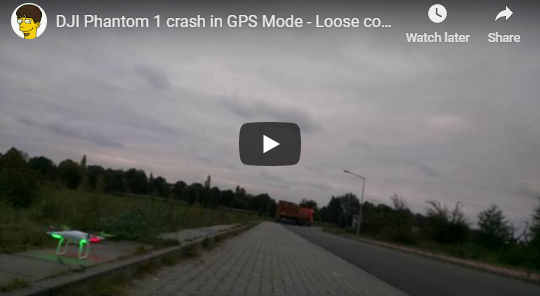